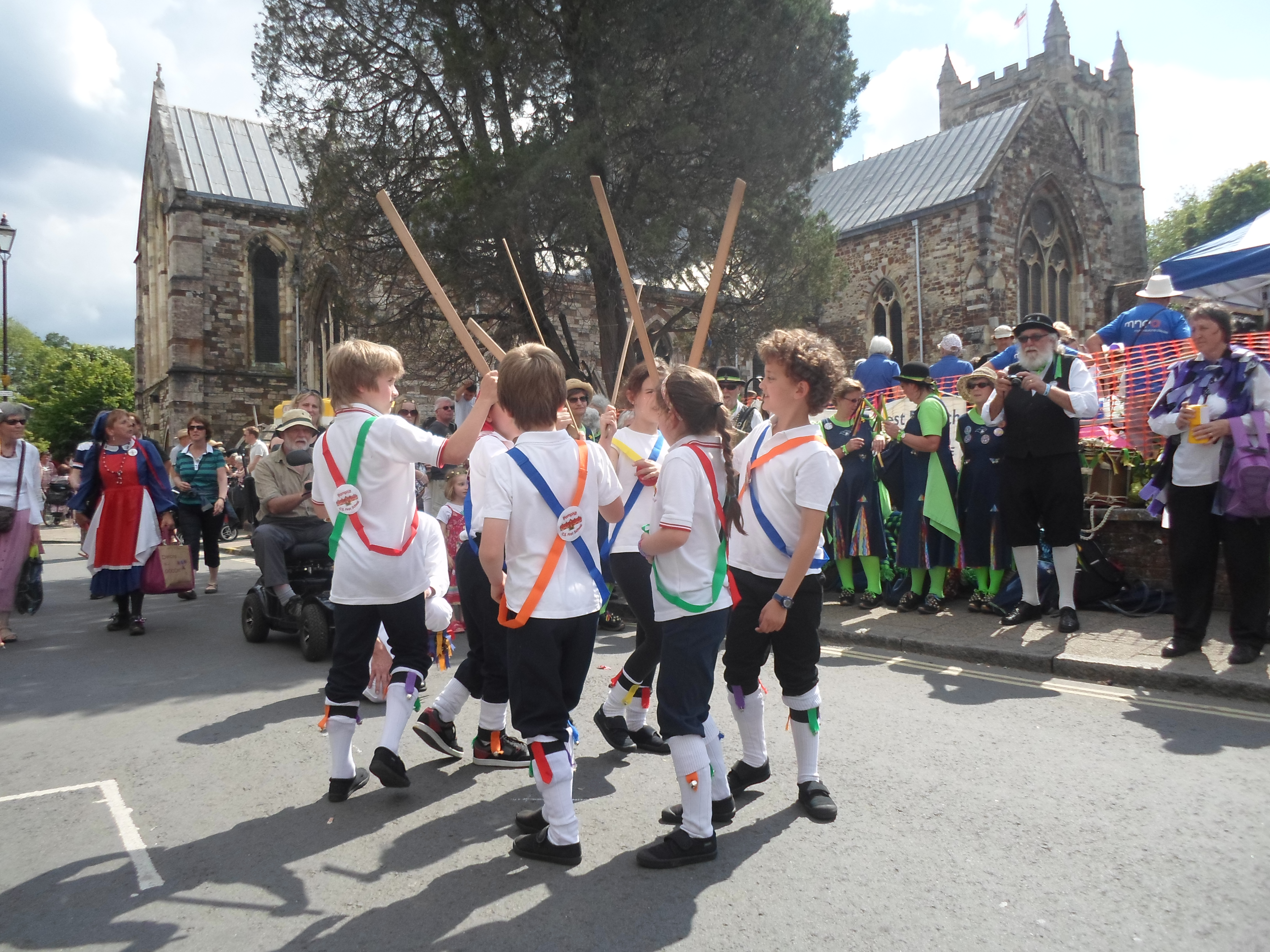 Anonymous Morris occasionally learn a longsword dance and also teach workshops for longsword. It all came about because of Terry Pratchett...

The Discworld convention is, naturally, frequented by Pratchett fans, who often have an interest in folklore and folk traditions, as well as fancy dress, role play, literary analysis, etc.

In 2008 the members of the Convention were all assigned to different guilds and the assassins' guild decided it would be apropriate for them members to learn a longsword dance, complete with mock execution at the end.

Judith Proctor, who was attending the convention, got roped in as a musician and the group won a prize in the Maskerade. (I still have the certificate, signed by Terry himself) 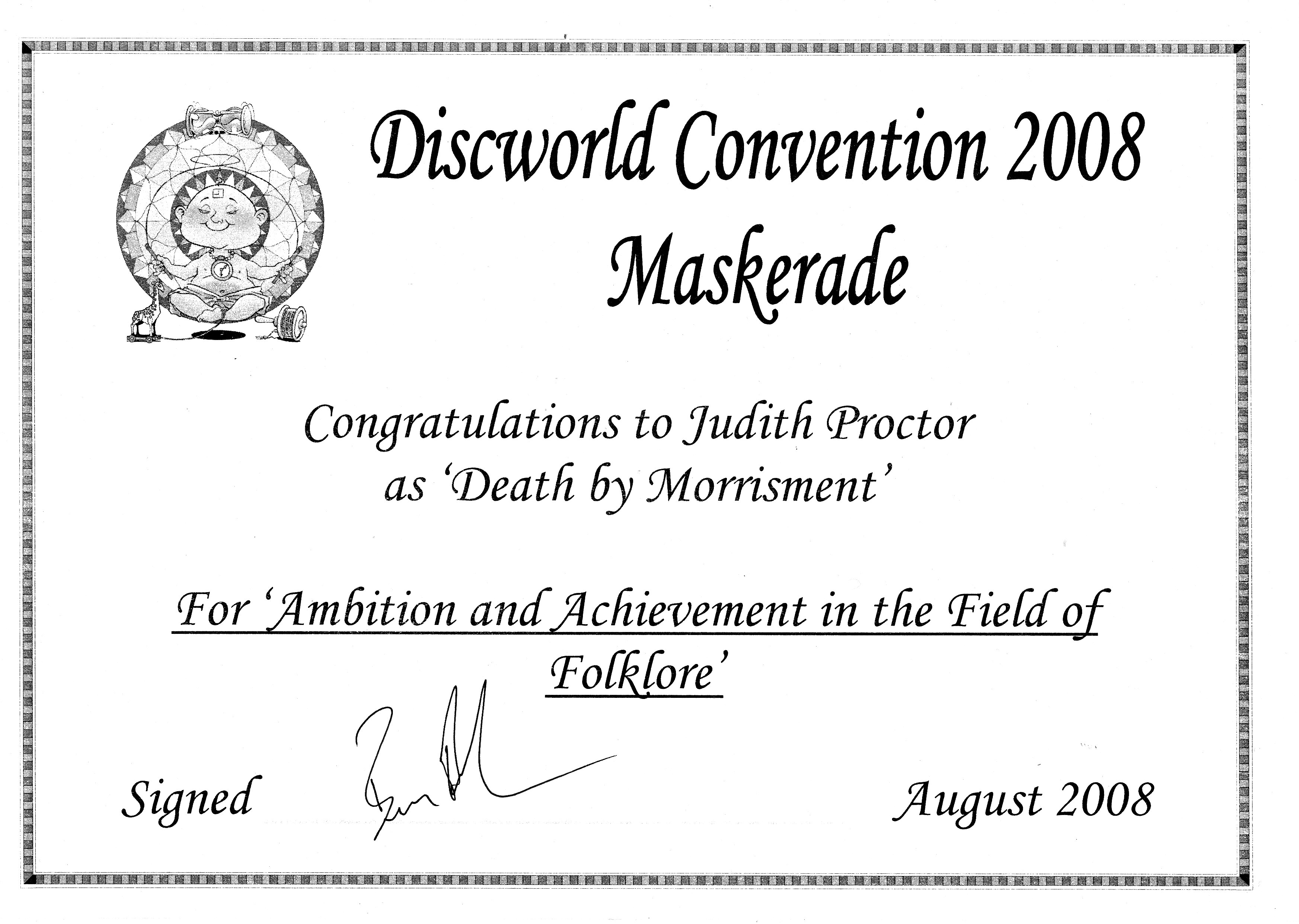 The next convention, Judith taught the dancers, and it went on from there. Books on longsword were acquired and the history studied and Anonymous had their arms twisted to learn a longsword dance.

We often teach longsword workshops at Purbeck Folk Festival (aka Purbeck Valley Folk Festival) and also teach the children of Pamphill school in the run up to Wimborne Minster Folk Festival.

For more information about us, click on any of the links below

Who are we? What is Morris Dancing? Our Kit Our Drum Our Stick Mummers Plays Practice Venue Constitution Contact Details Useful Links

For information about image copyrights and licensing permissions, please visit our permissions page.