In July 2014, Anonymous Morris danced on Brownsea Island and we ended up doing informal morris workshops with some of the scout groups on the island. In return, two of the Portuguese scouts showed us a quarterstaff routine.

We developed a morris dance called 'Clockwork Badger' that incorporates one of the moves that they used near the end of their sequence.

The original inspiration for the name 'Clockwork Badger' was the jerky movement of the clockwork androids in the Doctor Who episode 'The Girl in the Fireplace'. 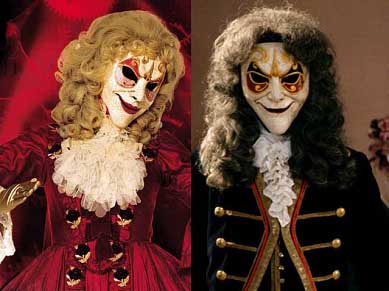 We added 'Badger' because we liked the sound of it. 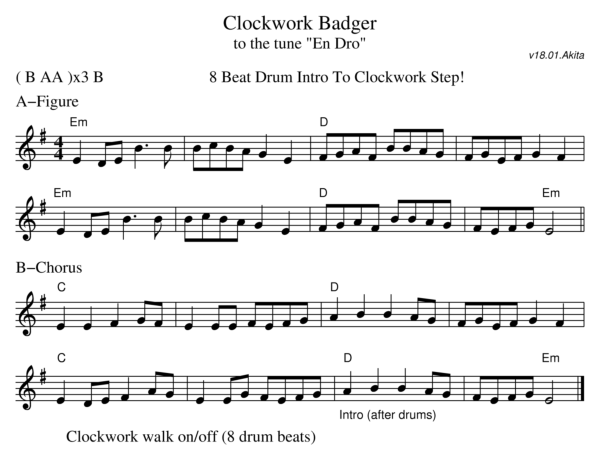 This dance is still in development - written instructions shall follow when they are finished.

This is a four person dance that uses long sticks. Single step throughout, apart from the chorus.

The most important thing in this dance is to hold the stick correctly.
One hand should be at each end of the stick. The right hand is palm up and the left hand is palm down. When the stick is not being used for stick clashes, it should be held diagonally in front of the dancer with the right hand higher than the left.

When stick striking, there are three positions: high, low, neutral.

High: Raise the left hand, pushing the stick through the right hand  until the fists are touching.  Clash the top end of the stick forehand with partner.

Neutral: Slide hands apart and finish with stick held diagonally in front of the body (This is a specific move, but there is no actual clash).

Low: Lower the right hand, pushing the stick through the left hand, until fists are touching.  Clash the bottom end of the stick backhand with partner.