The three hares symbol - an optical illusion where each hare in the circle appears to have two ears, when they only have three between them - is found in many places, particularly in countries along the old Silk Road between China and the UK. There are several in Dartmoor churches, associated with the tin miners. Hence Tinners' Rabbits.

This dance was originally written by Martin Gosling of Grimspound Morris, and has since been adopted by many sides throughout the country. This is our version, renamed Dorset Rabbits 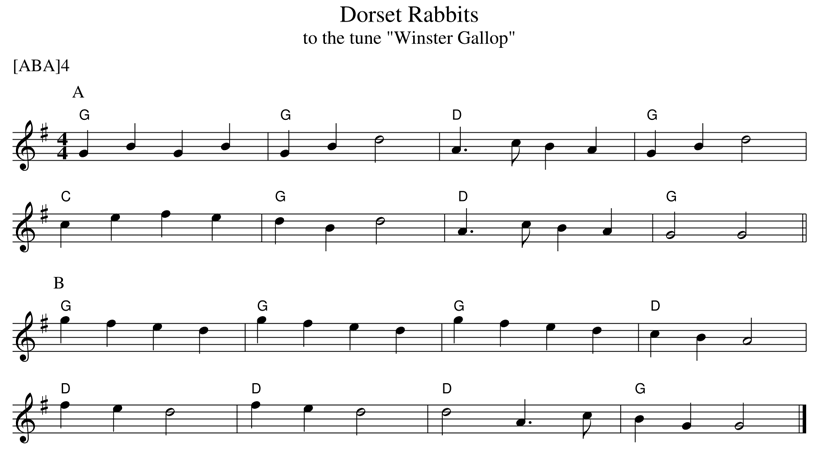 This is a dance for sets of three dancers in an inwards facing triangle.